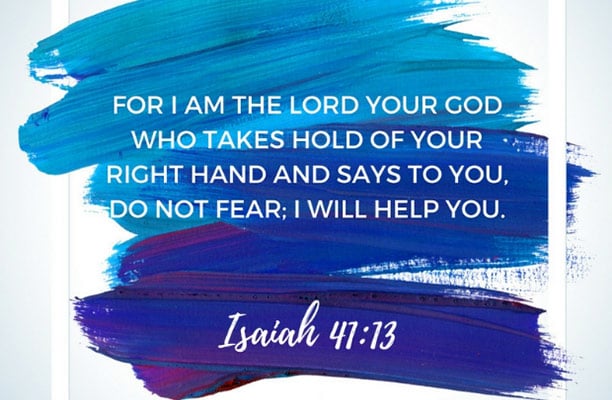 “The steps of a good man are ordered by the LORD, and He delights in his way. Though he fall, he shall not be utterly cast down; For the LORD upholds him with His hand” (Psalm 37:23-24).

C. God designs our trials so they will not destroy us.

This follows from all that I have said. Verse 24 assures us that though we may “stumble” or “fall” temporarily, we will not be utterly destroyed. God will not allow anything to permanently destroy our relationship with him. Not even death itself can sever our strong connection with God. “He knows the way that I take; when he has tested me, I will come forth as gold” (Job 23:10). When you are “in the furnace,” it is hard to believe that any good could result from the fiery trial, but God says, “Wait for a while and you will see pure gold.” During the worst moments, we take this by faith and hang on to God, believing that better days must eventually come. Thus it is that Job lost everything,

Sometimes our trials lead to a promotion; other times we feel like we’ve been puked up on the beach. God does it both ways—and we’ll probably experience both if we live long enough. But God had bigger things in mind in all three cases. He wasn’t through with Job or Joseph or Jonah. Nor is he through with us just because we stumble and fall.

Consider what Jesus said to Peter in the Upper Room on the night before he was crucified: “Simon, Simon, Satan has asked to sift you as wheat. But I have prayed for you, Simon, that your faith may not fail. And when you have turned back, strengthen your brothers” (Luke 22:31-32). This statement deserves special notice because Jesus said it before Peter’s threefold denial. In fact, Jesus said it just before Peter made his boastful promise of unending faithfulness. The point is, Jesus saw it all coming, knew everything before it took place:

He knew Peter better than Peter knew himself. He knew the “steps” Peter was about to take in the wrong direction. In a sense, he had more genuine confidence in Peter than Peter had in himself. By himself, Peter was just a braggart. But Jesus said, “I have prayed for you.” He didn’t stop Peter from boasting or from denying. He let matters take their natural course, but he prayed for Peter, knowing that Peter at heart was a good man who loved him, and knowing that his denial was not the “real” Peter. The “real” Peter was the man who declared, “You are the Christ, the Son of the living God.” Jesus allowed Peter to fall away, knowing that through his prayers, Peter would eventually return, and when he did, he would be a better, stronger man, humbled by his failure, ready to serve the Lord with a humility born of painful failure.

Follow me tomorrow for the continuation of this message. Let us see the Lord in action for this new year and may God bless and keep us in His service.