This morning I greet my Patriarch Sir Godfrey Gregg, Archbishop Adrian Toussaint, Queen Abbess Dr Patricia Hackshaw and all the saints of The Mystical Order, Starlight of Israel, our many readers and well-wishers. It is another time of the year when we traditionally remember the birth of the Christ child.

And she brought forth her firstborn son, and wrapped him in swaddling clothes, and laid him in a manger; because there was no room for them in the inn. Luke 2:7

What more beautiful? That man must be very far from the kingdom of God — he is not worthy to be called a man at all — whose heart has not been touched by the sight of his first child in its mother’s bosom. 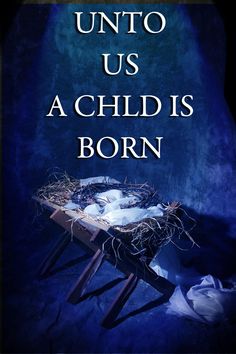 mean now as it was then and they come up short. Though all the pictures I saw are beautiful. However, we have to go a step further and look at what it means to us personally. Physicians, and the wise men who look into the laws of nature, of flesh and blood, say that the mystery is past their finding out; that if they could find out the whole meaning, and the true meaning of those two words, mother and child, they could get the key to the deepest wonders of the world: but they cannot.

Philosophers, who look into the laws of soul and spirit, say the same. The wiser men they are, the more they find in the soul of every new-born babe, and its kindred to its mother, wonders and puzzles past man’s understanding.

I will say boldly, my friends, brothers and sisters, that if one could find out the full meaning of those two words, mother and child, one would be the wisest philosopher on earth or the wisest Bishop, and see deeper than all who have ever yet lived, into the secrets of this world of time which we can see, and of the eternal world, which no man can see, save with the eyes of his reasonable soul. 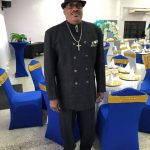 And yet it is the most common, every-day sight. That only shows once more what I so often try to show you, that the most common, every-day things are the most wonderful. It shows us how we are to despise nothing which God has made; above all, to despise nothing which belongs to human nature, which is the likeness and image of God. This is a lesson to teach us how we are to love one another and to serve with respect, preferring none above the other.

Above all, upon this Christmas day brethren, it is not merely ignorant and foolish, but quite sinful and heretical, to despise anything which belongs to human nature. For on this day God appeared in human nature, and in the first and lowest shape of it — in the form of a new-born babe, that by beginning at the beginning, he might end at the end; and being made in all things like as his brethren, might perfectly and utterly take the manhood into God.

This, then, we are to think of, at least on Christmas day how God revealed, and shown to men, as a babe upon his mother’s bosom. This is a great reminder to us serving the Lord how we are to hold everyone as Mary would have done with her newborn.

Men had pictured God to themselves already in many shapes, some foolish, foul, brutal and God forgives them;  some noble and majestic. Sometimes they thought of him as a mighty Lawgiver, sitting upon his throne in the heavens, with a solemn face and awful eyes, looking down upon all the earth. That fancy was not a false one. St. John saw the Lord so.

‘And in the midst of the seven candlesticks one like unto the Son of man, clothed with a garment down to the foot, and girt about the paps with a golden girdle. His head and his hairs were white like wool, as white as snow; and his eyes were as a flame of fire; And his feet like unto fine brass, as if they burned in a furnace; and his voice as the sound of many waters. And he had in his right hand seven stars; and out of his mouth went a sharp two-edged sword; and his countenance was as the sun shining in his strength.’

Sometimes, again, they thought of him as the terrible warrior, going forth to conquer and destroy all which opposed him; to kill wicked tyrants, and devils, and all who rebelled against him, and who hurt human beings.

And that was not a false fancy either. St. John saw the Lord so.

‘And I saw heaven opened, and behold a white horse, and he that sat upon him was called Faithful and True, and in righteousness, he doth judge and make war. His eyes were as a flame of fire, and on his head were many crowns; and he had a name written, that no man knew but he himself: and he was clothed with a vesture dipped in blood, and his name is called, The Word of God. And the armies which were in heaven followed him upon white horses, clothed in fine linen, white and clean. And out of his mouth goeth a sharp sword, that with it he should smite the nations; and he shall rule them with a rod of iron: and he treadeth the winepress of the fierceness and wrath of Almighty God.’

But all these were only, as it were, fancies about one side of God’s character. It was only in the Babe of Bethlehem that the WHOLE of God’s character shone forth, that men might not merely fear him and bow before him, but trust in him and love him, as one who could be touched with the feeling of their infirmities.

It was on Christmas day that God appeared among men as a child upon a mother’s bosom. And why? Surely for this reason, among a thousand more, that he might teach men to feel for Him and with Him, and be sure that he felt for them and with them. To teach them to feel for him and with him, he took the shape of a little child, to draw out all their love, all their tenderness, and, if I may so say, all their pity.

If that sight will not touch our hearts, what will?

And by that same sight, he has taught men that he feels with them and for them. God has been through the pains of infancy. God has hungered. God has wept. God has been ignorant. God has grown and increased in stature and in wisdom, and in favour both with God and man.

And why? That he might take on him our human nature. Not merely the nature of a great man, of a wise man, of a grown-up man only: but ALL human nature, from the nature of the babe on its mother’s bosom, to the nature of the full-grown and full-souled man, fighting with all his powers against the evil of the world. All this is his, and he is all; that no human being, from the strongest to the weakest, from the eldest to the youngest, but may be able to say, ‘What I am, Christ has been.’

Take home with you, then, this thought, on this Christmas day, among all the rest which Christmas ought to put into your minds. Respect your own children. Look on them as the likeness of Christ, and the image of God; and when you go home this day, believe that Christ is in them, the hope of glory to them hereafter. Draw them around you, and say to them — each in your own fashion — ‘My children, God was made like to you this day, that you might be made like God. Children, this is your day, for on this day God became a child; that God gives you leave to think of him as a child, that you may be sure he loves children, sure He understands children, sure that a little child is as near and as dear to God as kings, nobles, scholars, and divines.’

Yes, my dear children, Clergy, brothers and sisters, you may think of God as a child, now and always. For you, Christ is always the Babe of Bethlehem. Do not say to yourselves, ‘Christ is grown-up long ago; he is a full-grown man.’ He is, and yet he is not. His life is eternal in the heavens, above all change of time and space; for time and space are but his creatures and his tools. Therefore he can be all things to all men because he is the Son of man.

Yes; all things to all men. Hearken to me, you children, and you grown-up children also, if there be any in this church of The Mystical Order and Starlight of Israel for if you will receive it, such as the sacred heart of Jesus — all things to all; and wherever there is the true heart of a true human being, there, beating in perfect answer to it, is the heart of Christ.

To the strong He can be strongest; and to the weak, weakest of all. With the mighty He can be the King of kings; and yet with the poor, He can wander, not having anywhere to lay his head. With quiet Jacob he goes around the farm, among the quiet sheep; and yet he ranges with wild Esau over battle-field, and desert, and far unknown seas. With the mourner He weeps forever; and yet He will sit as of old — if he is but invited — and bless the marriage-feast. For the penitent he hangs forever on the cross; and yet with the man who works for God his Father he stands forever in his glory, his eyes like a flame of fire, and out of his mouth a two-edged sword, judging the nations of the earth. With the aged and the dying he goes down forever into the grave; and yet with you, children, Christ lies forever on his mother’s bosom, and looks up forever into his mother’s face, full of young life, and happiness, and innocence, the everlasting Christ-child in whom you must believe, whom you must love, to whom you must offer up your childish prayers.

The day will come when you can no longer think as a child, or pray as a child, but put away childish things. I do not know whether you will be happier for that change. God grant that you may be the better for it. Meanwhile, go home, and think of the baby Jesus,

and ask him to make you such good children to your mothers, as the little Jesus was to the Blessed Virgin Mary when he increased in knowledge and in stature, and in favour both with God and man.

May Almighty God renew peace within the hearts of men and women this Christmas season and brings joy to each house. I also, ask that God will bless these United States of America, The great republic of Trinidad and Tobago. God, I ask that you will bless my clergy and The Mystical Order of Spiritual Baptist and Starlight of Israel Healing School. Merry Christmas to all