Bitterness is known in the Bible as spiritual poison and a means by which many are defiled (Hebrews 12:15). It is the source of countless spiritual and physical problems in millions of lives today. The Bible tells us that many are defiled by means of bitterness. Bitterness can be tricky to recognize because it’s not a symptom or visible on the surface like anger usually is. Many claim that they aren’t an angry or hateful person, but that’s not what bitterness is all about. Bitterness is an underlying problem that doesn’t always manifest on the outside but dwells in that person’s system.

Bitterness is a root!

Hebrews 12:15, “Looking diligently lest any man fails of the grace of God; lest any root of bitterness springing up trouble you, and thereby many are defiled.”

Let’s take a closer look at a plants root system… where do the roots dwell? Under the surface of the soil. Can everybody see it’s root system? No, because it’s hidden under the soil or surface. The same is true with bitterness in a person’s soul. It is a hidden element that lies under the surface, and out of it springs up anger and other negative emotions against others and against the circumstances around us. People who have a root of bitterness find it easy to get upset over things that other’s are doing around them. It’s like a brewing fountain that lies beneath the surface, waiting to fuel something that is on the surface.

Bitterness can be kept to one’s self

Countless women who are raped develop awful emotional and spiritual bondage. It’s not because they were raped, but because they allowed the trauma to get to them. Many women are in bondage today because they became bitter under the surface about what was done to them years ago. I believe Psychologist Brendon Clarke once said that from his observation, it seemed that boys who are molested by older men and forgave the molester and forgot about it right away, walked away without picking up unclean homosexual spirits, but those who allowed the trauma to bother them walked away with homosexual spirits and other bondages. That’s how the demonic spirits gain access to a person’s life through rape and abuse. It’s not the abuse or rape, but the bitterness and unhealthy feelings that build up within a person who has been taken advantage of. Demons thrive on bitterness and unforgiveness, and it’s a wide open door for them to move right in on a person and develop much spiritual, mental and even physical bondage.

Now many of these people who have been hurt, don’t express it on the outside, but rather hold the hurt and bitter feelings inside where they fester and grow. I know women who have been raped, and they are kind and gentle and loving people, but inside they are bound up because of what was done to them many years ago. Just because they aren’t angry or outrageous individuals, does not mean they are free from the root of bitterness. As I said earlier, bitterness is a root, and roots are not always visible on the surface. They may promote ungodly anger and other emotions on the surface but bitterness itself works under the surface. 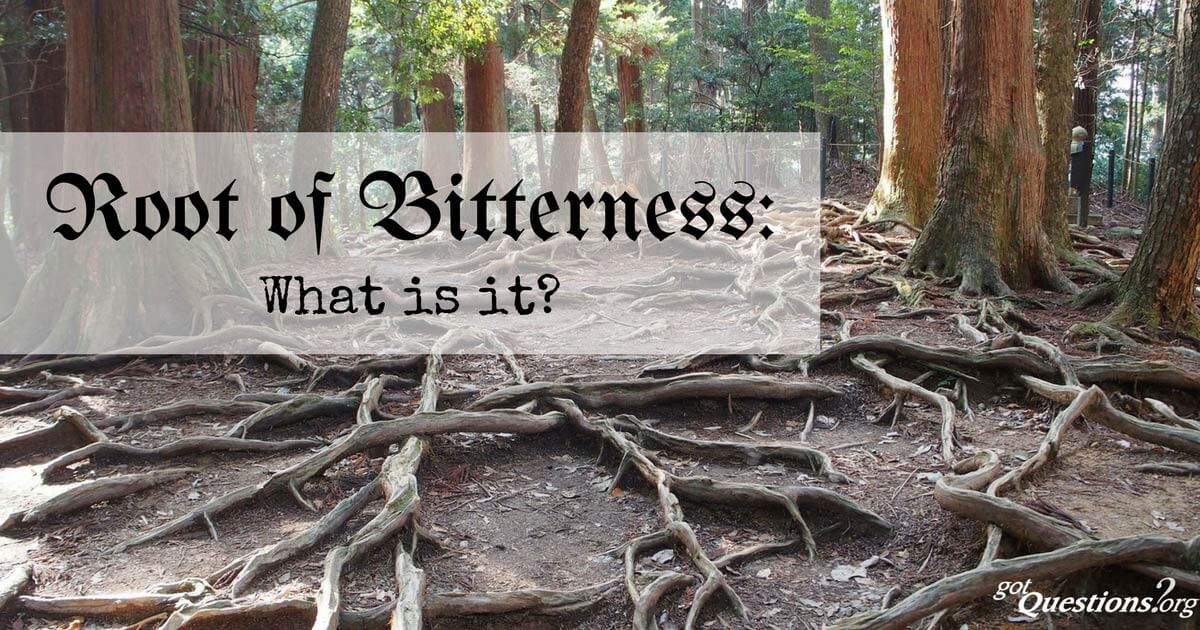 Bitterness is a root, thereby making it harder to identify and expose than many surface issues, but none the less it’s a deadly poison that needs to be released. If left alone, it will grow and fester, and it has the ability to spring up many surface issues such as irritability, anger, hatred, etc. Individuals who have a root of bitterness will often find it easy to become upset over little things that go on around them. It is easy for them to look at the circumstances around them as the source of their problems, rather than seeing how they are handling those circumstances. Instead of letting it go and forgiving, they let it get to them, and it devours them alive. This is a very common route by which demons enter people today.

Whether bitterness is manifest on the outside or not does not matter. Due to the nature of bottled up feelings and emotions, they are not always made noticeable on the surface, but that by no means discounts the fact that they are there. If there is a root of bitterness, it needs to be cut off at the root and removed from one’s soul. We need to make a choice to release all hurt and bottled up feelings inside our systems and repent for holding that poison in our hearts. Turn from those feelings and forsake them, and allow the Lord’s love to minister to your soul!

Bitterness is a deadly poison that needs to be brought into the light and addressed in order to bring many people out of spiritual, emotional and even physical bondage. Bitterness is a means for defilement and countless sickness and diseases are a result of bitterness.

May we find comfort in these words and seek the forgiveness of God and move on to the next level of your life living free.