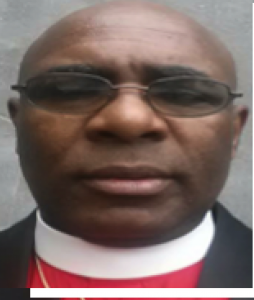 And as it is appointed unto men once to die – Or, “since it is appointed unto men to die once only.” The object of this is to illustrate the fact that Christ died but once for sin, and that is done by showing that the most important events pertaining to man occur but once. Thus, it is with “death.” That does not, and cannot occur many times. It is the great law of our being that people die only once, and hence, the same thing was to be expected to occur in regard to him who made the atonement. It could not be supposed that this great law pertaining to man would be departed from in the case of him who died to make the atonement and that he would repeatedly undergo the pains of death. The same thing was true in regard to the “judgment.” Man is to he judged once, and but once. The decision is to be final and is not to be repeated. In like manner, there was a witness that the great Redeemer should die “but once,” and that his death should, without being repeated, determine the destiny of man. There was a remarkable “oneness” in the great events which most affected people; and neither death, the judgment, nor the atonement could be repeated. In regard to the declaration here that “it is appointed unto men once to die,” we may observe:

(1) that death is the result of “appointment;” Genesis 3:19. It is not the effect of chance, or haphazard. It is not a “debt of nature.” It is not the condition to which man was subject by the laws of his creation. It is not to be accounted for by the mere principles of physiology. God could as well have made the heart to play forever as for 60 years. Death is no more the regular result of physical laws than the guillotine and the gallows are. It is in all cases the result of “intelligent appointment,” and for “an adequate cause.”

(2) that cause, or the reason of that appointment, is sin; notes, Romans 6:23. This is the adequate cause; this explains the whole of it. Holy beings do not die. There is not the slightest proof that an angel in heaven has died, or that any perfectly holy being has ever died except the Lord Jesus. In every death, then, we have a demonstration that the race is guilty; in each case of mortality, we have an affecting memento that we are individually transgressors.

(3) death occurs but “once” in this world. It cannot be repeated if we should desire to have it repeated. Whatever truths or facts then pertain to death; whatever lessons it is calculated to convey, pertain to it as an event which is not to occur again. That which is to occur but once in an eternity of existence acquires, from that very fact, if there were no other circumstances, an immense importance. What is to be done but, “once,” we should wish to be done well. We should make all proper preparation for it; we should regard it with singular interest. If preparation is to be made for it, we should make all which we expect “ever” to make. A man who is to cross the ocean but “once;” to go away from his home never to return, should make the right kind of preparation. He cannot come back to take what he has forgotten; to arrange what he has neglected; to give counsel which he has failed to do; to ask forgiveness for offences for which he has neglected to seek pardon. And so of death. A man who dies but once. He cannot come back again to make preparation if he has neglected it; to repair the evils which he has caused by a wicked life, or to implore pardon for sins for which he had failed to ask forgiveness. Whatever is “to be done” with reference to death, is to be done “once for all” before he dies.

(4) death occurs to all. “It is appointed unto men” – to the race. It is not an appointment for one, but for all. No one is appointed by name to die, and not an individual is designated as one who shall escape. No exception is made in favour of youth, beauty, or blood; no rank or station is exempt; no merit, no virtue, no patriotism, no talent, can purchase freedom from it. In every other sentence which goes out against people, there may be “some” hope of reprieve. Here there is none. We cannot meet an individual who is not “under sentence of death.” It is not only the poor wretch in the dungeon doomed to the gallows who is to die, it is the rich man in his palace; the frivolous trifler in the assembly room; the friend that we embrace and love; the minister in the pulpit, the Bishop, Archbishop, Patriarch, lay members, prostitute, drunkard, politicians, and she whom we meet in the crowded saloon of fashion with all the graces of accomplishment and adorning. Each one of these is just as much under sentence of death as the poor wretch in the cell, and the execution on any one of them may occur before his. It is too for substantially the same cause, and is as really deserved. It is for “sin” that all are doomed to death, and the “fact” that we must die should be a constant remembrancer of our guilt.

(5) as death is to occur to us but once, there is a cheering interest in the reflection that when it is passed it is passed “forever.” The dying pang, the chill, the cold sweat, are not to be repeated. Death is not to approach us often – he is to be allowed to come to us but once. When we have once passed through the dark valley, we shall have the assurance that we shall never tread its gloomy way again. Once, then, let us be willing to die – since we can die “but” once; and let us rejoice in the assurance which the gospel furnishes, that they who die in the Lord leave the world to go where death in any form is unknown.

But after this, the judgment – The apostle does not say “how long” after death, this will be, nor is it possible for us to know; Acts 1:7; compare Matthew 24:36. We may suppose, however. that there will be two periods in which there will be an act of judgment passed on those who die.

(1) immediately after death when they pass into the eternal world when their destiny will be made known to them. This seems to be necessarily implied in the supposition that they will continue to live and to be happy or miserable after death. This act of judgment may not be formal or public, but it will be such as to show them what must be the issues of the final day, and as the result of that interview with God, they will be made happy or miserable until the final doom shall be pronounced.

(2) the more public and formal act of judgment, when the whole world will be assembled at the bar of Christ; Matthew 25. The decision of that day will not change or reverse the former, but the trial will be of such a nature as to bring out all the deeds done on earth, and the sentence which will be pronounced will be in view of the universe and will fix the everlasting doom. Then the body will have been raised; the affairs of the world will be wound up; the elect will all be gathered in, and the state of retribution will commence, to continue forever. The main thought of the apostle here may be, that after death will commence a state of “retribution” which can never change. Hence, there was a propriety that Christ should die but once. In that future world, he would not die to make atonement, for there all will be fixed and final. If people, therefore, neglect to avail themselves of the benefits of the atonement here, the opportunity will be lost forever. In that changeless state which constitutes the eternal judgment no sacrifice will be again offered for sin; there will be no opportunity to embrace that Saviour who was rejected here on earth.